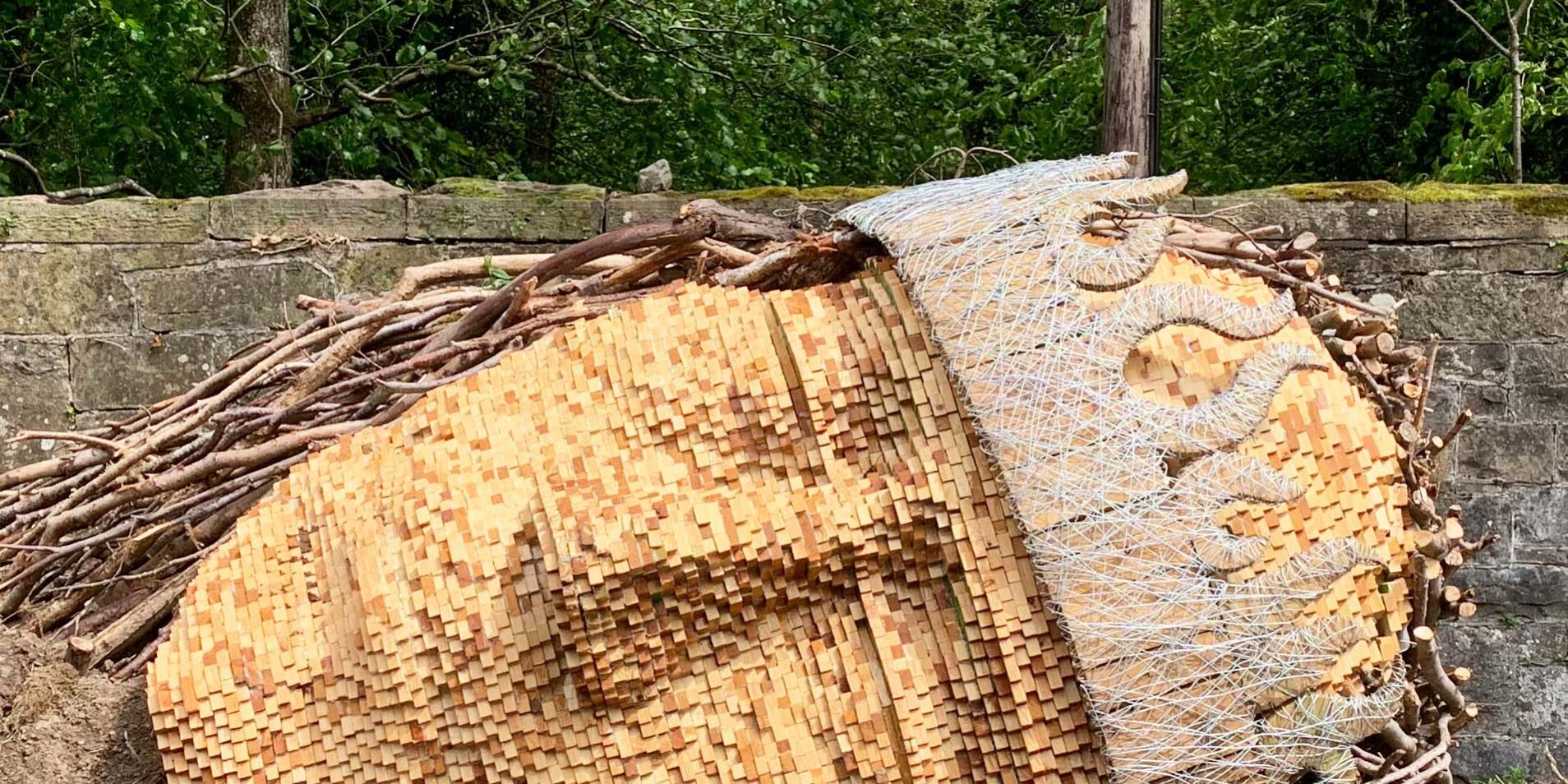 Before lockdown was announced in March this year I had just installed Banba – Queen of all the Drumlin Giants @ Rossmore Park, Monaghan.

She is the 1st Giant the public will see when they visit the park. She is part land form part hand sculpted.

I formed her face using over 4000 pieces of up-cycled timber. Her hair was formed using storm damaged timber from the woods in the park.

Her body measures over 18 metres in length, formed using hardcore and soil extracted during construction of car parks nearby.

Have a listen to my interview on Northern Sound just this week on the entire project! https://www.northernsound.ie/hear-creating-drumlin-giants-rossmore-forest-park/